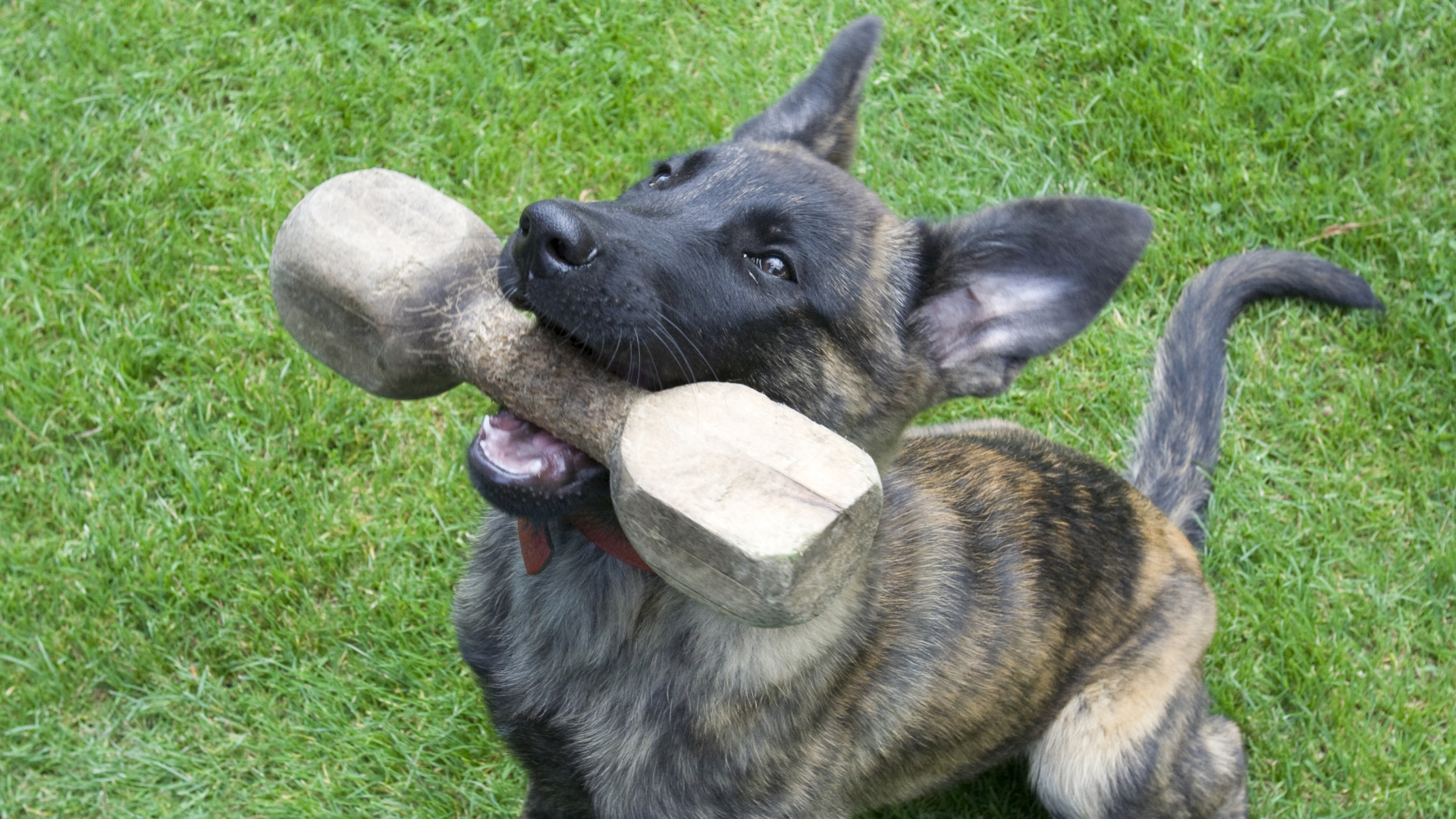 Teach your dog to retrieve properly

With this course you will teach your dog to retrieve any object properly!

Teach your dog to retrieve properly

With this course you will teach your dog to retrieve any object properly!

Then this is the solution 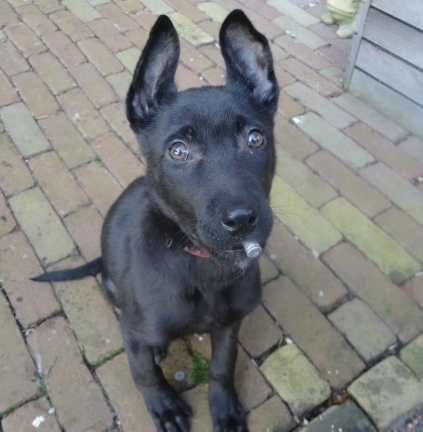 Retrieve any object you want

Retrieving is something almost everyone does with their dog. Retrieve the newspaper, a toy, or retrieve a dumbbell or other (small) objects, for sport.

For years we have been training our dogs for retrieving and helping other trainers do this. A common mistake is that trainers focus on the dog has to hold the object for a long time. They correct the dog when he lets go of the object. This causes stress and the dog no longer wants to hold the object.

Often handlers create too much of a hype around the object. By doing this you create a prey-drive on the object and the dog will bite it, shake it and want to run away with it.

We do this differently. With our 40 years of experience, we have developed a system for retrieving in which we turn the exercise around. Not the object but the reward becomes important for the dog. Because of this, the dog always wants to give the object to his boss with great pleasure because he knows that this will give him his reward.

Using this way of training, we prevent problems and we can make our dogs retrieve any object without problems. 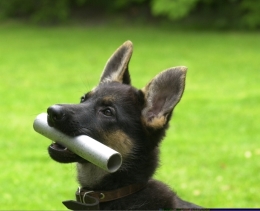 Focus on letting go and not holding on

A dog who learns to retrieve based on his prey-drive will not want to bring the object to you. He sees the object as his reward and will want to play with it and run away.

The success of our system is that we focus on the relationship between the object and the reward. The object is not at all interesting to the dog, it only provides him with his reward. Once the dog has the object, he will not want to bite it or run away with it. Whether it is a dumbbell or a small object, the dog wants to give it to his boss as quickly as possible because he knows that this will give him his reward.

From the very beginning we focus on letting go and not on holding on. We use our food training system with which we can make a lot of repetitions in a short period of time. This way of training allows the dog to think and learn very quickly from his own behavior. The bases is right from the start, because the dog is immediately taught that he must retrieve the object to his boss.

Once the basics are taught, we can also take advantage of the dog's prey-drive. By adding a heavier reward, such as a ball, the dog will retrieve with even more speed and drive. He will enjoy retrieving the object because he will immediately get his ultimate reward.

Are you ready to teach your dog to retrieve with pleasure?

This is what others say about us

Lorie Jolly
Enjoy the straight forward method that is an easy to follow progression and the opportunity to ask questions if necessary.

Ted Katauskas
Very satisfied with my experience, and being able to tap into the experience of one of the world's best working dog trainers.

Jonas Eriksson
I must say that I´m impressed by your skill and I´m lear me a lot by watching your videos and read the text. Thank you guys for sharing it with us.

With this you will achieve success

In this course we train exclusively positive. This is because you cannot correct a dog for something he does not know yet.

With our food training system you will teach your dog with a lot of repetitions the basics quickly.

You will learn how to establish a relationship between the object and the reward. This ensures your dog is always motivated to retrieve the object to you

Your timing is extremely important and crucial during training. In this course we will teach you how you always time at the right moment.

In this course we lay a foundation where the object is not of interest to the dog. This will allow you to have your dog retrieve any object you want. 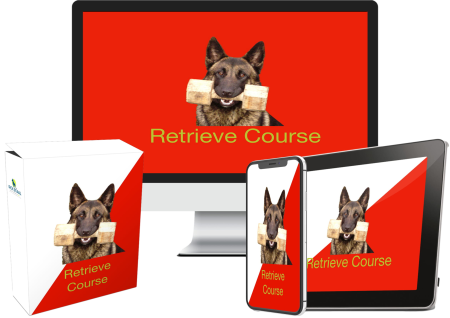 Then this is the most appropriate course you are going to find online! You will benefit from more than 40 years of training experience of working dogs.

Do you still have questions or doubts? Here you can read the most frequently asked questions:

Is the course in English?

Yes, our native language is Dutch, but all the videos are in English. We have also subtitled the videos in both Dutch and English.

I already have an older dog, can I still take the course?

Yes! Our system works for dogs of all ages. In our videos you will often see puppies, but we use our system to train older dogs as well. For example, during our last seminar we trained an 11 year old dog using our system.

I have very little time...

Training is only a small part of the day. Often we train only two times 10 to 20 minutes a day. This can be done at the times that suit you best, so our system does not require a lot of time.

What does the structure of the course look like?

All of our courses consist of videos. These are recorded by Dick, and he explains everything step by step. The videos, and accompanying PowerPoints, immediately give you a good idea and clear explanation of the exercise shown.

What do I need when I start the course?

Motivation and your dog(s). The items we use in the training sessions are not special items. We clearly explain what you can use, and what you can use as an alternative. You don't need to get any special training items.

How can I watch the course videos?

On any device that has an internet connection and is capable to browse the internet. You can use your computer, laptop, phone or tablet. You can watch the course wherever you want.

How long will the videos be available and how many times can you watch them?

If you have purchased the course then you have and will always have access to it. In our courses we use an extensively tested dripping system. With this system you get all the information you need at that moment. Every day you will receive a new training that you can immediately apply.

This is a system that we have tested extensively with our students and which gave the best and fastest results.